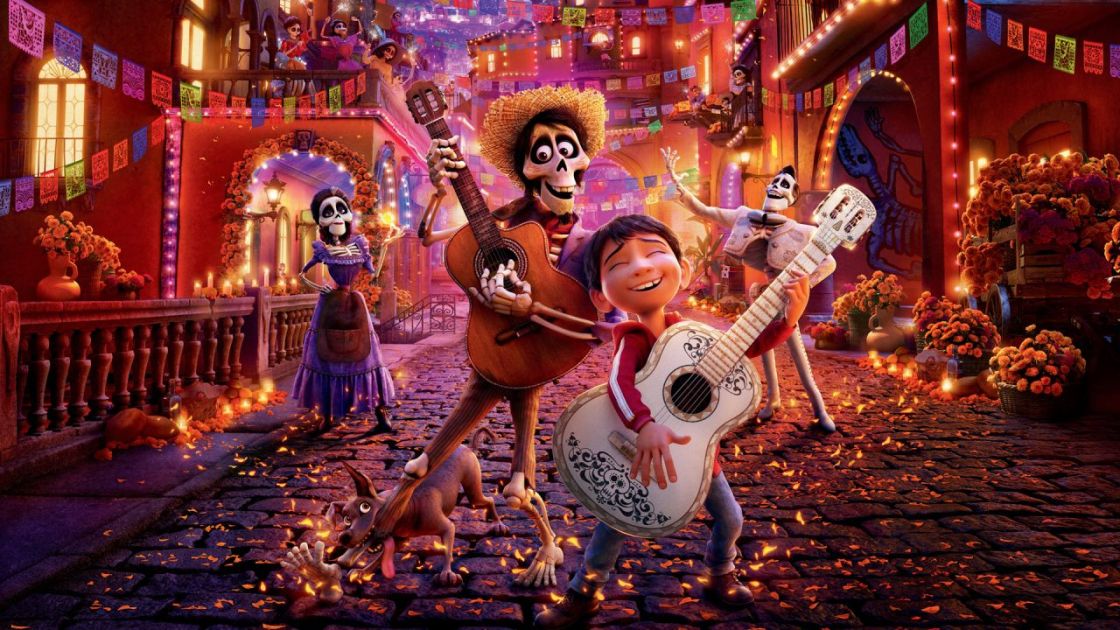 A little boy who dreams of playing the guitar.

A family who hates music.

Mix the two together and you have the conflict-ridden premise for one of my favorite animated films, Coco. Coco was produced by Pixar and released by Walt Disney Pictures.

It’s been widely compared to the 2014 film The Book of Life, which also has a dia de los muertos theme. Some critics claim that Pixar ripped off the concept from Reel FX Creative Studios who produced The Book of Life – I disagree.

There is nothing wrong with having two films focusing on Mexican culture. In fact, for us, this is a major plus. In a land where the mainstream narrative is dominated by American stories, why not add some flavor?

If you’re in the mood for a good cry and a story that really makes you think about your choices in life – Coco is it.

Dream and Dream Some More

At the heart of the film, a little boy breaks with his family’s shoe-making business and decides to enter a talent contest on the Day of the Dead. After seeing an undiscovered photo of his family, Miguel believes that he’s related to the famous, deceased singer Ernesto de la Cruz. 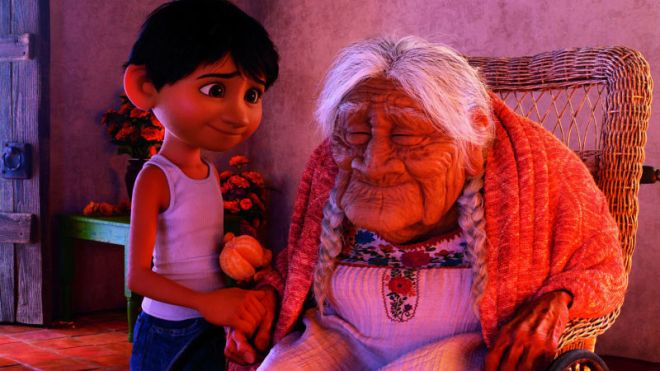 You see, Miguel is obsessed with Ernesto de la Cruz. He even built a small shrine to him in a small crawl space under his home, where he taught himself to play the guitar just by watching Ernesto’s movies.

When he gets this idea that he is related to the famous singer, he begs his Mamá Coco to tell him if it’s true. The family believes that he’s upsetting the old woman, an argument ensues, and his only guitar is smashed.

He’s runs off, after telling his family that he doesn’t want to be on the offrenda!

When he can’t find a guitar to play in the talent contest, he tries stealing one from Ernesto’s memorial in the city center. He’s then made invisible to the living, and the only people who can see him are already dead.

When he sees his Mamá Imelda, she refuses to send him back to the land of the living without commanding that he never plays music again. And this just isn’t something Miguel is prepared to handle. Music is his life. His dream.

If you have a dream, you know just how impossible it is to let it go. It consumes you, but it also gives you hope. It propels you forward to the next day, and the next.

In the land of the dead, we see that Miguel has real talent, that he definitely inherited from someone, but things aren’t always as they seem. 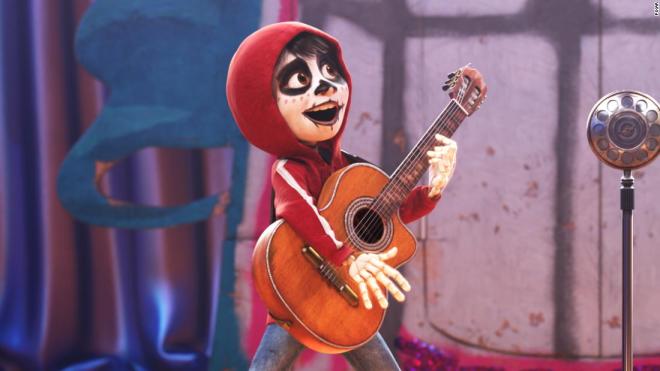 And sometimes we get things terribly wrong.

The film has quite a few unique twists, and the story isn’t one we’ve seen before.

I’ve watched the movie several times and will probably watch it several more. It’s great for the family, and if you’re not completely heartless, it will make you shed a tear or two.