The Song of the Sea: Heartbreak & Forgiveness

I’ve never seen anything like the Song of the Sea. If the imagery doesn’t leave you in awe, then your heart is cold and we can’t be friends. Just kidding.

The movie, based on Irish folklore, centers around Ben, a young boy whose mother died during childbirth. Ben resents his younger sister Saoirse, and seems to blame her for their mother’s death.

The story at its core is harrowing and beautiful, and has sorrow embedded into the tone. 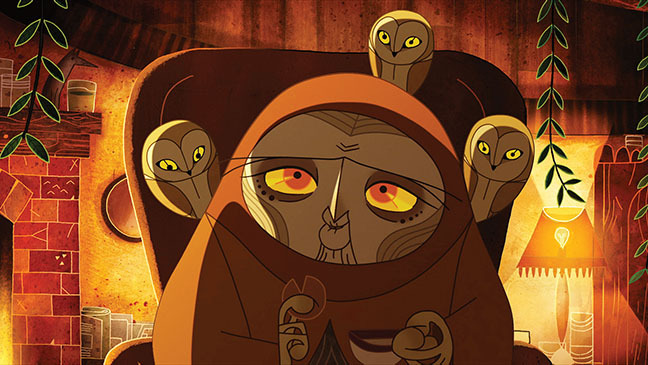 The artwork is stunning, probably because the movie was hand drawn, making the imagery look like the illustrations from a children’s book. But the themes are serious. Macha, the Owl Witch, steals the emotions of the fairies and turns them into stone, after having stolen those of her son’s, Mac Lir.

Saoirse is a selkie who’s meant to save everyone. 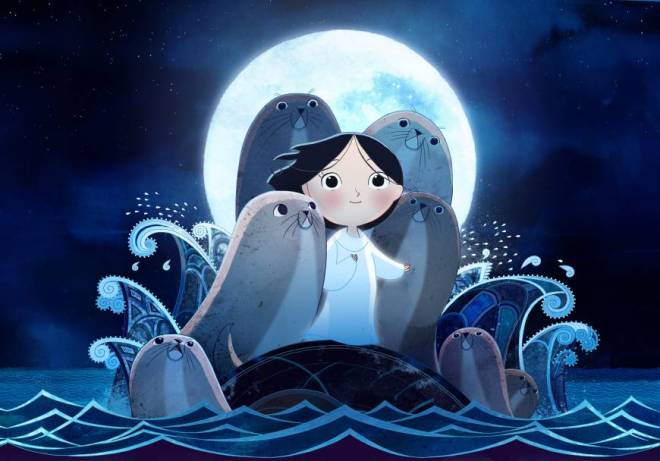 Macha is trying to protect others from their own heartbreak, but is actually turning everyone into stone. Saoirse is mute throughout the movie, and it’s because a selkie needs its coat to speak.

I get the need to give him depth, but would a brother really treat his younger sister so cruelly? He really mistreated his sister, and even though he redeems himself in the end, he didn’t trust her despite realizing that she was a selkie and that his mother’s stories were true.

They end up lost on their journey home to their father, and Saoirse is getting weak because she can’t sing her song. She jumps into a fountain, and her brother doesn’t want to go after her.

His dog has to force him because of his fear of deep water.

At the end of the film, he overcomes his fear to save his sister, but it really bugged me that he didn’t jump in after her when she dove into the fountain.

The father, Connor, is deeply heartbroken after the death of his wife, but it’s been years and he’s still a hollow person who seems to be neglecting his children.

Connor throws away Saoirse’s selkie coat, thinking it’s the only way to protect his daughter, but he endangers her in the process. 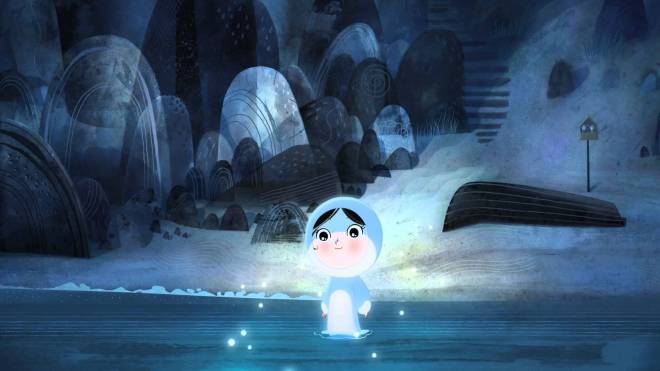 Didn’t he know his wife was a selkie? Did he really think that she’d just died? Through Ben, we learn that his mother didn’t actually die, but simply returned to the sea.

The father and son beg for Saoirse to stay with them.

The father neglected her, and the son mistreated her. Why does she choose to stay with them? Is it simply because they need her? Whatever the reason, Saoirse forgives her father and brother and chooses to stay with them rather than go with her mother and live as a selkie.

Despite these problematic points, the story is interesting and sad, and I love a sad tale, so it gets my vote for that. The visuals are absolutely magnificent, so I would recommend it for that reason alone anyway.

I’ll let you decide if Connor and Ben actually deserve to keep Saoirse.